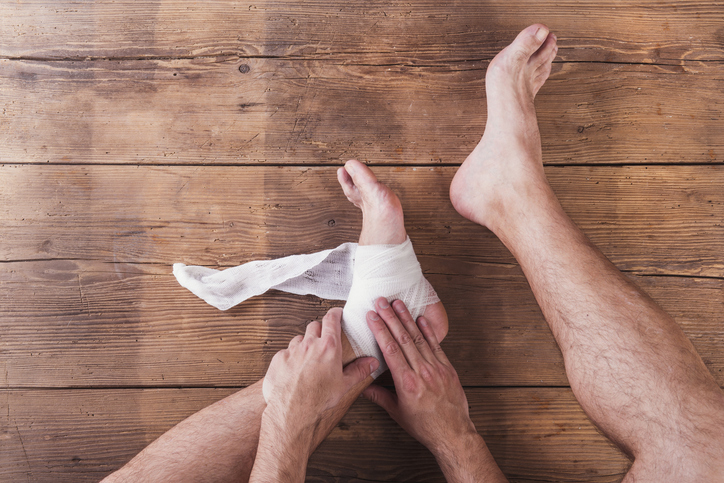 The “Frey study” helps trainers and other doctors

An injury study among California High Schools reveals – ankles and knees are most vulnerable when it comes to injuries among High School students. This is the conclusion of an injury study my colleagues Keith Feder, MD, and Jill Sleight, ATC (a certified athletic trainer), and I conducted. We reported on 7,890 injuries in student-athletes from twenty-seven California high schools.

The data for this injury study were collected for three consecutive school years. Information was recorded on incidence and location of injury. In our sample, 62 percent of the athletes were male and 38 percent were female.

The duration of the injury was recorded by coaches, athletic trainers, or the team physician. Athletes were returned to sports when they were able to compete without restrictions.

In what we call the Frey study, injuries occurred 50 percent of the time during games and 50 percent during practice. Football was responsible for 48 percent of the injuries overall. Football resulted in the highest injury rate for males. Soccer resulted in the highest injury rate for females in this study. The majority of injuries were in the lower extremity (legs, knees, ankles, feet) for both male and female athletes.

Here is what we found:

The sport with the most injuries was football (48%), followed by basketball (16%), soccer (9%), volleyball (8%), and track and field (7%). Other sports were reported on, but had less than a 5% injury rate for each sport. The rest of the sports studied included baseball, badminton, cross-country, cheerleading, golf, gymnastics, softball, swimming, tennis, water polo, wrestling, lacrosse, and surfing (remember, we’re in California!).

We analyzed specific positions played for certain sports to see if that made a difference in injuries. To look at a specific position, only the injuries that occurred during a game were studied. During practice, not only do the players play their position, but they participate in strength, conditioning, and drills that do not reflect a specific position. For example, of the 618 game injuries in volleyball, the outside hitter was the most commonly injured with 118 injuries, followed by middle blocker with 81 injuries, the setter with 74 injuries, and the back row with 55 injuries.

This study reported that male athletes were at higher risk of injury than females, in general. Most of the injuries occurred in football, a male-dominated sport. Ultimately, such findings in our injury study should provide a database for coaches, trainers, and sports medicine doctors involved in the care and prevention of injuries for student-athletes.