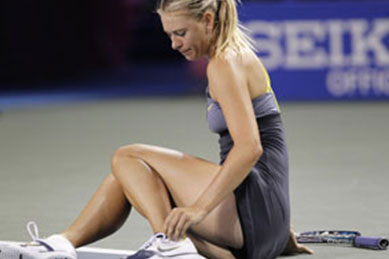 Female Athletes: Why they face different risks in sports!

With greater number of girls participating in sports has come an increased understanding of injuries and problems associated with the young female athlete.

It is important for every coach, trainer, parent, and female athlete to be aware of the specific risks that girls face playing sports. Quite simply, girls are different. Physiological and sociological factors make the female athlete different.

On a social level, the image of a strong and fierce female athlete has evolved over several generations. Although the rough-and-tumble nature of sports has become more accepted for girls, the media bombard girls with the perception that they also need to maintain a supermodel stick figure and feminine, dainty ways.

These conflicting signals create significant stress for some girls that leads to eating disorders and a serious disorder called the female triad. Physiologically, the female athlete has to deal with menstruation and hormone balance. Stress, diet, overeating, not eating, overtraining, and other factors can alter the normal menstrual cycle and hormonal balance, which can lead to injury.

Now add to that some gender-specific differences in the musculoskeletal system. In other words, girls’ bodies are different, too.

Here’s the anatomy lesson: Women have wider hips than men, which create a wider angle at the knee, where the kneecap (patella) meets the femur (bone in the upper thigh). This increased angle (often called the Q-angle) affects gliding of the patella and predisposes the female athlete to tracking problems.

Abnormal tracking of the kneecaps may lead to instability or dislocation of the patella, or simply pain due to abnormal mechanics. Think of this as a tire out of alignment, where unbalanced loads lead to the treads wearing out on one side of the tire.

A smilier process is going on under the kneecap. The young female athlete should emphasize strengthening exercises that help to improve stability of the one, kneecap tracking, and injury prevention. These exercises should focus on the inner quadriceps (thigh) muscles.

The female athlete seems to be more at risk for injury to the major knee stabilizer, the anterior cruciate ligament (ACL). Why? – For one reason, females tend to have a narrower space, notch, in the knee available for this ligament, so less stress is required to tear the ligament than in the male athlete.

Recent studies have shown that female athletes tend to rely on their quadriceps more than on their hamstrings as compared to male athletes. Since the hamstring muscles are one of the main protectors of the ACL, relative weakness in this structure that may lead to ACL injuries.

Additional risk of injury may be related to estrogen levels. Female athletes tend to sustain injury to their ACL at the point in their menstrual cycle when they are ovulating. Estrogen levels are at their highest during this period. Studies show that the ACL contains estrogen receptors and that the ACL responds to estrogen by decreasing cell activity and production of the basic ligament fibers (collagen).

Preseason and in-season strength and conditioning programs that build knee muscle strength, particularly for the hamstrings, may help reduce the risk of injury.

Female athletes have been shown to have a higher incidence of ankle sprains than males. The higher number of ankle sprains in girls may be due to increased ligament laxity and decreased muscle strength and coordination compared to boys.