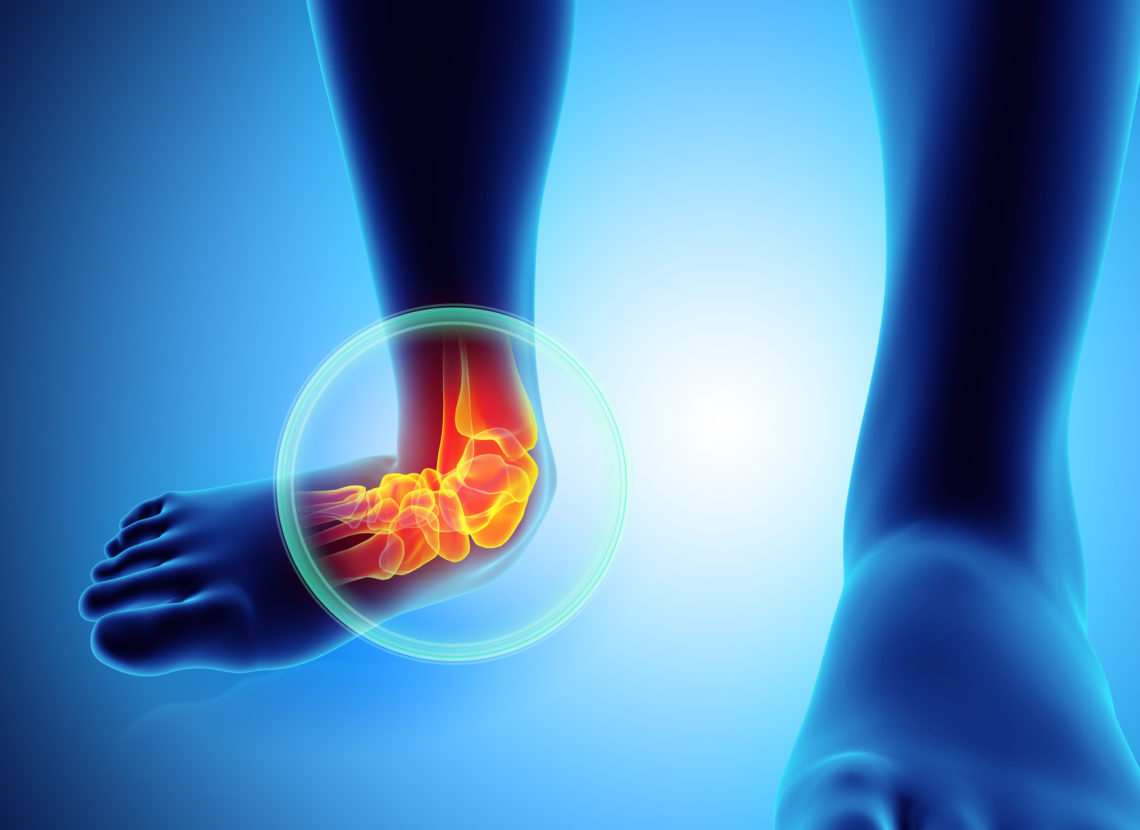 Football ankle injuries and foot injuries are on the rise among professional football players. That is why it is important to have a good sports doctor like Dr. Keith Feder and Dr. Carol Frey in your corner. 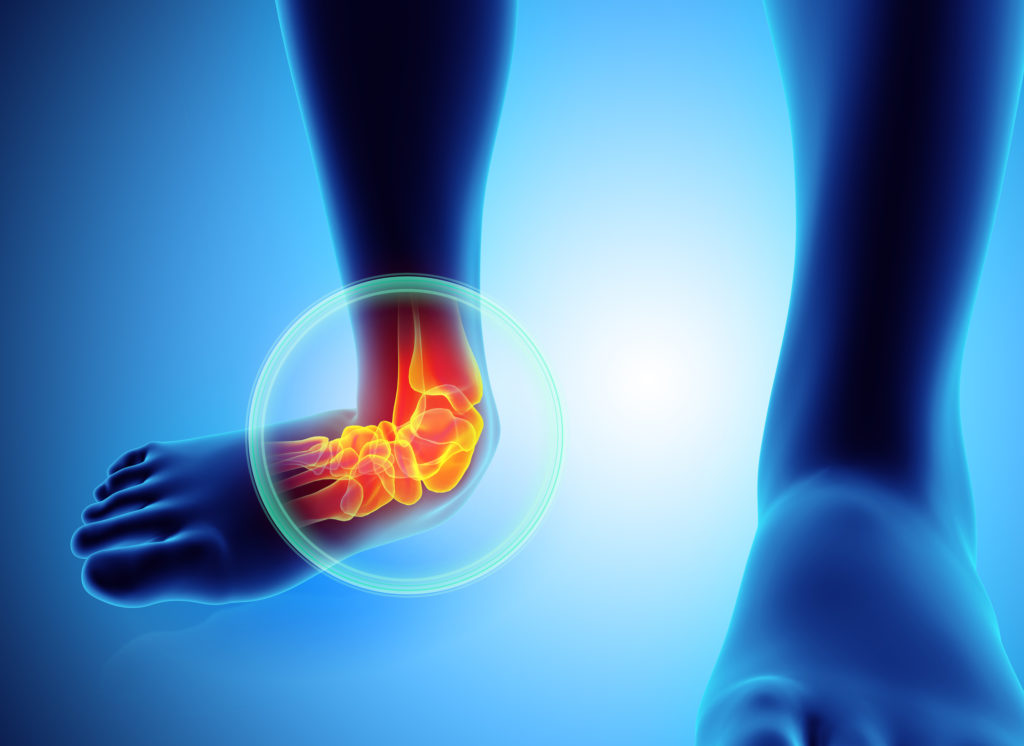 Professional football players are enduring higher levels of force than ever, and foot and ankle injury rates are increasing as a result. Advances in surgery and rehabilitation have helped get players back on the field more quickly, but injury prevention remains a significant challenge.

There are two injury-related trends that are noticeable right now in the National Football League (NFL). The number of foot and ankle injuries⎯Achilles tendon tears, ankle sprains, and various maladies of the foot, especially the midfoot⎯have increased greatly over the last decade. And the amount of research the NFL is putting into solving this problem remains troublingly flat.

As with most sports, the NFL players themselves have gotten bigger, stronger, and faster, in combination rather than isolation. A bigger man running faster has greater forces that he must dissipate. Even as the muscles higher up the kinetic chain are getting bigger, feet and ankles are essentially left with the anatomic gifts of a player’s genetics. And, while advances in the design of shoes and cleats have led to claims of better performance, it’s clear that one thing the expensive shoes aren’t doing is reducing foot and ankle injury rates.

One way of preventing those kind of injuries is being discussed at the West Coast Center of Orthopedic Surgery and Sports Medicine in Manhattan Beach. Dr. Keith Feder and Dr. Carol Frey are experts when it comes to sports injuries. Dr. Frey says the relationship of the athlete and his/her shoe is extremely important to athletic performance. Comfort and fit are the most important considerations. There is little scientific evidence to support the claim that an athlete can run faster, jump higher or reduce the oxygen cost of an activity because of the shoe. However, a well fit comfortable shoe can improve perception of performance and prevent injury from overuse for many running athletes.

Another soft spot for athletes today is the Achilles. In the National Basketball Association (NBA), the often cited Achilles case is Kobe Bryant. The future Hall of Famer ruptured his Achilles in 2013, near the end of his career, but after a repair, had no issues for the next two seasons. While he did have other injuries and Father Time was making his presence known, the Achilles held up, despite reports of extensive workouts to keep Bryant competitive.

A 2016 study of return rates after various orthopedic procedures in the NFL offers a partial snapshot of the positive Achilles rehab trend. The study found Achilles tendon repair, along with other procedures, was associated with a decrease in number of games played and decreased performance in the first year after surgery, but not the second or third years.

Almost every physician and physical therapist I spoke with pointed to one technique that has altered recovery most: earlier rehab, largely driven by antigravity treadmill use. The ability to get rehabbing athletes back on their feet and into motion with some weightbearing early in rehab is seeing huge gains in terms of results.

Another technique that might prolong your career as a weekend warrior athlete, High School or College competitor points towards platelet-rich plasma (PRP) and stem cell injections as positives. Dr. Feder has plenty of experience in the #PRP field and agrees that “minimally invasive surgical techniques can accelerate rehab”. And foot specialist Dr. Frey says that many exciting advances have been made in non-surgical approaches to injury. The use of stem cells and stimulation of the natural healing process with PRP, needling, shockwave and oxygen therapy are just a few of the techniques available.

However, improvements in both the treatment and the rehabilitation for athletes with Achilles damage have made the return both faster and better, but there’s been little progress on prevention or reducing injury severity. And, given the increased forces associated with elite-level sports today, that lack of progress seems likely to continue. The balance is clearly off.

Beyond Achilles ruptures, sports is also seeing a major increase in midfoot sprains and dislocations. The Lisfranc fracture is now a common part of the fan’s lexicon, just a few years after it was an absolute unknown.

The anatomical complexity of the area only increases the issue, but it is also poorly understood by strength and conditioning. As with most sports, there’s more of a focus on narrow improvements rather than holistic and systemic factors. Dr. Frey explains that a LisFrance sprain is often referred to as a “mid foot sprain” and is fairly common in footfall. In athletes, this often presents as a subtle injury noted only with a diastasic of the first and second metatarsal bases. If this diastasic (spread) is persistent, it adversely affects athletic performance in my opinion. Surgery is often necessary.

However, the specifics of the foot and ankle complex injuries involve unique issues that could affect injury prevention efforts. It’s impossible to upgrade the basic human anatomy, and it would be difficult to make wholesale changes to currently popular footwear designs. But that would suggest an opportunity for customization within the framework of the shoe, such as orthotic devices and other interventions that augment what is available. Again Dr. Frey says that although nothing is quite as good as the design of the human foot. For example, the arch of the human foot is a viscoelastic system and can return energy better than any shoe on the market!

There are great opportunities for advancement, but only if the right studies and experiments are done, then transferred to practice. The NFL, and American professional sports organizations in general, tend to be well behind the curve in research. And, when individual leagues or teams do their own research, there is little sharing, which increases the risk that any findings will be applied inconsistently or inappropriately.

If you suffer from a foot or ankle injury, have trouble with your Achilles and want to explore possible PRP-treatment, then do not hesitate to contact Dr. Feder and Dr. Frey at the West Coast Center for Orthopedic Surgery. Give us a call @ 866 591 4844 and schedule an appointment. We are here to help you get back on your feet ☺….

*Source: Will Carroll (for LER Magazine)