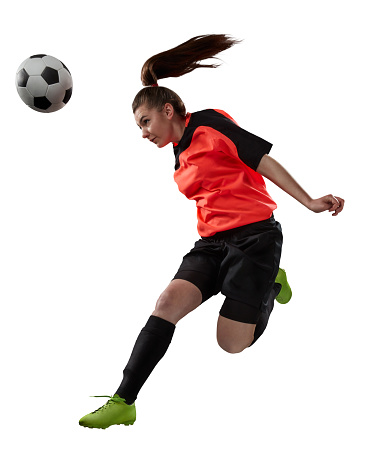 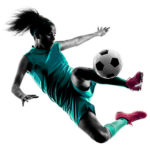 We have blogged about soccer injuries before on this site. Today we want to share a study conducted by Dr. Michael Lipton of the Albert Einstein College of Medicine in New York City. His study concluded that heading the ball in soccer may be worse for women than they are for men.

This is interesting and somewhat alarming. According to Dr. Lipton women exhibit more widespread evidence of what is called “microstructure brain white matter alteration” than men when heading a ball away from the opponent.

The study – published in MedPage Today – further states that regions of damaged brain tissue were five times (!) more extensive in female soccer players than in males. Even though both groups are exposed to similar heading. Dr. Lipton says: “There is evidence that women do worse following concussion, but that’s confounded by the fact that women report more symptoms than men.”

Heading a soccer ball has been under scrutiny in youth soccer organizations such as AYSO for quite some time now, as it’s been linked to concussions. In this study Lipton assessed 49 male and 49 female amateur players with an MRI technique that measures the direction of movement of molecular water in the brain.

Players in the study had a median age of 25.8 years. Both men and women reported a similar number of headings in the year before the study – about 487 headings on average for men, and 469 for women, MedPage Today (medpagetoday.com) reports.

Other experts weigh in on this important issue. Kristen Dams-O’Connor of the Icahn School of Medicine at Mount Sinai Brain Injury Research Center in New York says: “If women experience greater cumulative consequences of sub-concussive head trauma, then over time, the threshold for sustaining a concussion is lowered”, according to her quote in WebPage Today.

It’s still fairly unknown why women seem to be more sensitive to repetitive impact. Some researches seem to think that sex hormone levels create more vulnerability in women. Others argue that it might be as simple as body composition. Men tend to be more muscular, and therefore might be able to stabilize their head a bit better when it comes to a header on the soccer field.