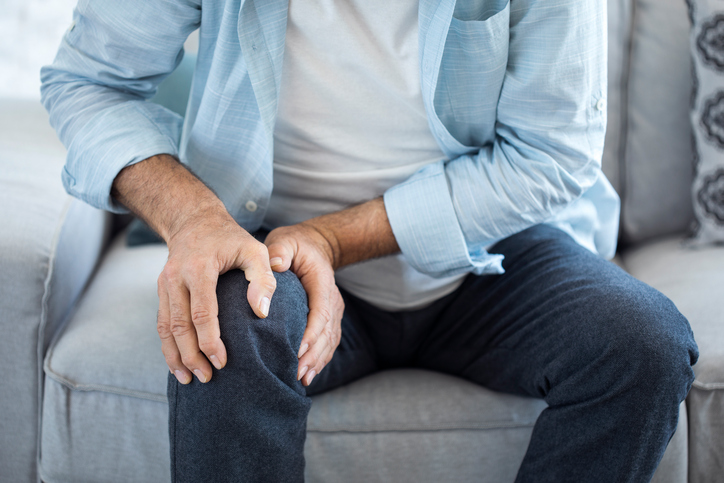 KNEE THERAPY MAY RESTORE ABILITY TO RUN AND JUMP

One of the most frequent complaints I hear from middle-aged executives who once were active runners, squash players or enjoyed sports such as football is that they had to hang up their athletic shoes because of knee pain.

When the cause of the pain is osteoarthritis, when protective cartilage in the joints wears out, most doctors have until recently prescribed anti-inflammatory medications and suggested a less painful pursuit such as cycling.

But thanks to some recent breakthroughs in a new medical technique called autologous therapy, which in this case uses components in the patient’s own blood, there is now a treatment that can reduce or even eliminate arthritis pain for months and allow people to continue with their favourite sport.

Knee therapy removes your own blood

This knee therapy involves removing blood and putting it into a centrifuge to isolate certain beneficial components. These are concentrated and injected back into a knee — or shoulder or tennis elbow.

While I have, luckily, not yet been plagued by this kind of pain, I spoke recently with Keith Feder, an orthopaedic surgeon in California who serves as a team doctor to the US volleyball team and other sports groups. In addition, Dr Feder is an elite-level basketball player who suffers from severe arthritis of the knees and has tried nearly all the therapies available, so he has his own experience to draw on.

PRP works! Ask our office about it today!

The most studied form of this kind of knee therapy is platelet-rich plasma therapy, which isolates the platelets from blood that promote healing; there are several companies offering proprietary methods of filtering the platelets. In addition, Peter Wehling, a US-trained doctor working in Germany, has developed what he calls Regenokine therapy, which isolates a factor in the blood called interleukin receptor antagonist, that promotes healing when injected into a joint. A number of star athletes, including Kobe Bryant of basketball’s LA Lakers, have travelled to Germany for the five-and-a-half-day treatment.

Lastly, an orthopaedic doctor in Florida named Guy Scuderi has isolated another blood factor called Alpha-2-macroglobulin, also known as A2M, a protease inhibitor, which a study at Brown University found deactivates the degenerative enzymes in an arthritic joint.

A2M is most effective in reducing knee pain

Dr Feder says he found the Regenokine and A2M treatments the most effective in reducing his knee pain. For regulatory reasons, Regenokine has not been available outside Germany and so involved travel and a hefty time commitment, as well as a $10,000 tab per treatment which is usually not covered by insurance. The A2M cost about two-thirds less and was a same-day knee therapy treatment.

When Dr Feder treats patients with A2M at his clinic he also recommends follow-up injections with hyaluronic acid, which studies have shown reduces inflammation and creates lubrication inside joints.

It should be noted that these pain treatments are not used by every orthopaedic doctor because there have been no randomised controlled trials proving their effectiveness. However, since it may be several years before randomised testing is complete, weekend athletes suffering from extreme knee pain may want to give it a try rather than wait for the results of trials to be published.