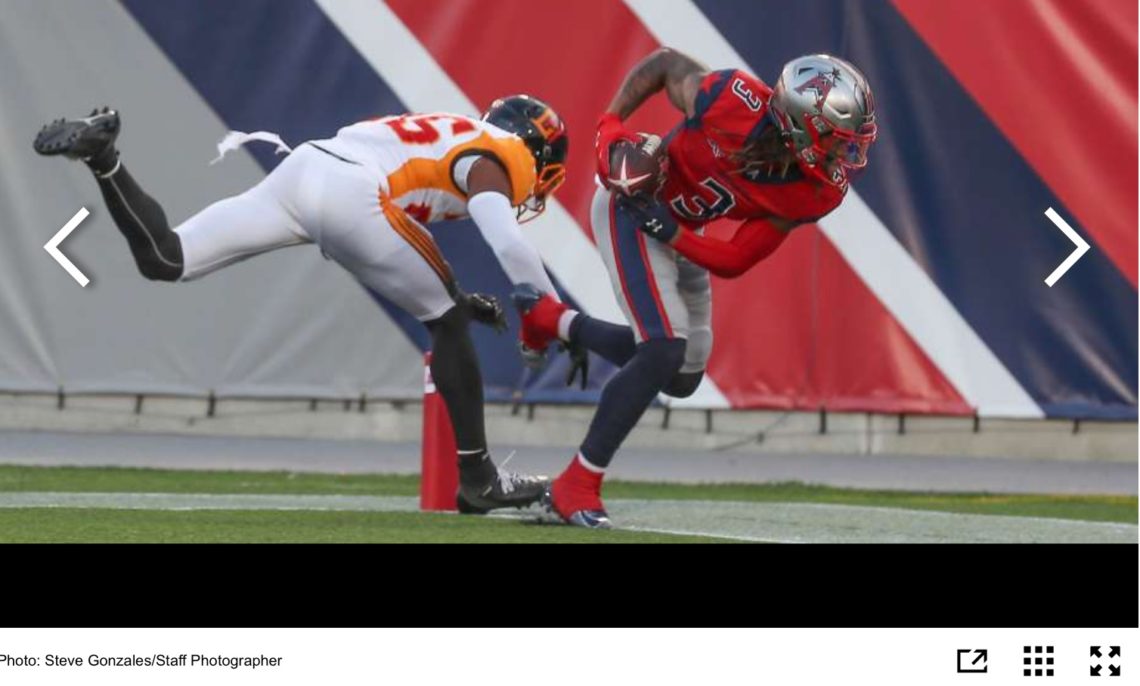 Football season at every High School in the US is about to start. And I am often asked if I would let my son play football. The number of times that I get asked this question has increased as the concerns about concussion has become a growing area of concern.

I cringe when I hear the sound of two helmets crashing together during a game or when a player goes down and takes more than two seconds to get it. When the player uses their helmet as a battering ram, I visualize the players’ brain crashing into their skull. I know that with every concussion there is a chemical reaction and cascade that evolves over time.

The injury evolves over days, weeks and possibly longer. The chemical cascade will result in cell death and diminished ability to make decisions, feel, move, balance, and remember. The players’ emotions can become unpredictable. The brain cells and connections that are lost after a concussion may never regrow. There are no medications that can be given the player to make them grown new brain cells. Thankfully, about 80% of players are better after about 8-10 days of rest.

Football has always been an aggressive collision sport

Football has always been an aggressive collision sport. This is part of the allure of the sport to fans and participants. The sport has risks of the concussions and traumatic events, especially during Football Season. The repetitive hitting of the head that takes place with almost every tackle and block can result in sub-concussive events. A sub-concussive event is micro head trauma that occurs thousands of times during a high school or college football career. No helmet or headgear can protect against this head trauma. The sub-concussive events are more common than the concussions and often cause no symptoms at the time. However, repetitive head collisions may be the main culprit in the mental and cognitive, the dementia and the CTE that plagues veteran players.

The Center for Disease Control and Prevention have studied more than 3,000 football players during football season, and reported that at a rate 3-4 times more than the general population, they have died of degenerative neurological diseases such as Alzheimer’s and Lou Gehrig’s disease. Boston University (BU) has studied donated brains from athletes and veteran players of football. BU reports that of the 35 brains donated by professional football players, 34 of them showed some evidence of chronic traumatic encephalopathy (CTE).

What is CTE? – And why is it important for our memory?

CTE is a brain disorder, which is associated with the build up of abnormal proteins called tau. Tau builds up in areas of the brain that are important for memory, decision-making and emotion. The build up of this protein can be associated with poor concentration and headaches and later to aggressive behavior and depression. Most of the brains that were studied were in older veteran players but one brain was from an 18-year-old player. The diagnosis of CTE has been made in several former NFL players who committed suicide including Dave Duerson, Terry Long, Andre Waters and Junior Seau.

The death at age 43 of Seau, a star linebacker in the NFL, has provided insight into the long-term consequences of playing football. Although, he never had a documented “concussion” with the league, it may be just the day – to – day jarring of the head that leads to brain trauma.

Head trauma is more common in bicycling than in football

Every year football players in the United States die from head trauma or sudden cardiac death or heat illness. What are the true risks? Head trauma is more common in bicycling than it is in football. Playground accidents are close to football in the incidence of head trauma. Concussions may have a higher incidence in girls soccer.

There are people who claim that football is far too violent and should be banned as a sport. Others believe there is no other game quite like football for its outstanding benefits to players. The advocates think the risks of injuries are over blown scare tactics and should be put into the proper perspective against other sports like boxing, soccer, lacrosse, and bicycling.

On the positive side, there is no sport like football for building social skills and developing team – work. I will say it again; there is simply no better sport for building team – work. Football teaches kids about hard work, strategy, and team work, social and trust building. All of these qualities are important life lessons that provide kids with tools for all aspects of their life. As Alexander the Great said, “Upon the conduct of each depends the fate of all.”

“Hell Week” pushes you to the limit

There is a good reason that the first week in high school football practice is called Hell Week. Hell week is not meant to kill you, but it does make you wish you were dead (figure of speech). There is no coincidence that the Navy Seals also have a Hell Week where they push you to the limits of physical endurance. They are taught to work as a team. Some coaches have the players run laps, and if one player comes in first, then they all run another lap. They are not allowed to let one player come in last. This is real team – work.

Football is not for everyone, but the players who get through training, come out better for it. Roger Goodell, NFL commissioner, states that he absolutely wants his boy, if he had one, to play football.

There is also the social status on the high school campus of being a football player. Kids dream of playing college or professionally. For many kids, this sport is a way to a college education, not to mention fame and possible fortune in the NFL. Regardless, football offers an opportunity to many kids and is a way up in the world, that otherwise would not exist.

NFL Commissioner Goodell has declined to confirm that there is a proven connection between football and medical problems in retired players. He has emphasized in recent interviews that the NFL is supporting research to study the risks of the sport. In addition, the NFL has recently changed some rules to make the game safer.

To make matters worse, there is no firm evidence protective gear, such as mouth-guards and helmets prevent concussions. More likely the helmet and mouth-guard prevent external injuries to the face and head but not to the brain. The use of protective gear, a helmet, may even change behavior so that the player is more aggressive. An example is when a player uses the helmet as a battering ram against the opposing player.

This is a dangerous technique and in some way puts the both players at more risk. Without the helmet or face – guard a safer form of attack might be played. Former NCAA coach, Lou Holtz, states, in an interview published in the Wall Street Journal (January 4, 2013) that he is troubled by the increase in the incidence of concussions and spinal injuries. Mr. Holtz also regrets that dangerous and dirty hits are often glorified on TV replays.

Coach Holtz recommends taking the “face guards off the helmets,” he says. “That way players can’t lunge headfirst and use the helmet as a battering ram.” He also thinks that a softer helmet would lead to less violence in the game. “Players would go back to the fundamentals of tackling—no more concussions.” This is an interesting comment and has truth to it. But players are not going to take off the face guard and risk losing an eye.

The majority of people are in the middle of the debate about football. I can see the argument from many sides. Let’s start with the medical side of the problem. I am an orthopedic surgeon who takes care of injured athletes. I see patients with fractures, sprains, and strains; overuse injuries, head injuries, concussions, trauma, bumps and bruises. Some injuries are devastating. Some injuries are season ending and some injuries are permanent. Injured players make up a big part of my practice, especially when practice starts in the summer until the end of the season in November.

Orthopedic complaints are not the only problems that can become long term. Dementia, CTE, emotional problems, chronic headaches, depression, a failure to deal with daily life, and even suicide are the results of head trauma that can become devastating.

If you don’t let your boy play football, do you also stop him from riding his bike or skateboard, driving in cars, playing soccer and playing in playgrounds? A parent cannot take away all risk from life. The answer to the question, “would I let my son play football” really is not a difficult question. The answer is yes. I cannot eliminate all risk from life; all I can do is try to reduce the risks.

Education and awareness can help reduce the risks. Pre- season screening, heat injury prevention, proper protective gear and equipment, appropriate tackling technique, concussion baseline testing (like the ImPACT and SCAT 3) and injury monitoring are important steps to awareness. As you would expect, reducing exposure will also reduce risk. Limiting full contact practices will reduce injury rates by reducing the number of hits. Hits to the head and hits on defenseless receivers should be penalized as dangerous techniques. Dangerous unsportsmanlike conduct should be fined. If there is an injury, parents, players and coaches need to be instructed on the signs of concussion. They need to be taught how to identify them and report them.

Football is more than just a game – it is a culture

Keep in mind that football is not just a game. It is a culture. There is bravado in football that cannot be matched in any other sport. The culture of football includes violence. The game is exciting to many because of the violence and not knowing if the quarterback will get back up and play. If the violence disappears from football, does it become a game of pure skill? But, to be honest, if the violence was removed from football, it would not be as popular. No body would watch it! There are really only a few skill positions in football. These are the positions that are the most responsible for preventing or creating point.

My son started playing tackle football when he was 9 years old. It was not my idea, but he did learn a thing or two. He learned about teamwork and how to listen to and respect his coach. I should mention that was his first year was his only year playing football, although he was a pretty good safety. He also learned that he had much more passion for basketball.

Safety is a big issue for USA Football today

My son played for USA Football, an organization started by the NFL and the NFL Players Association. It has had safety measures in place for many years for their youth leagues that have joined its membership. Coaches affiliated with USA Football are required to take training classes and pass a test. The coaches follow specific guidelines that include age specific coaching techniques for tackling and other maneuvers, proper equipment fitting, and limits on contact in practice. USA Football also tracks injuries in youth football leagues that it is affiliated with.

Football has gone through many changes since 1905 when Teddy Roosevelt saved the sport from extinction. Football has seen the evolution of the forward pass, the introduction of the hard helmet and the increased toughness of the sport. American Football is institution and culture in the United States. We have now come to another period of great change that includes the placement of player safety first. Injury prevention and awareness is a change that will increase the popularity of the sport, in my opinion. I did allow my son to play football and I would allow him again. He simply prefers basketball and it has a whole lot less gear!